Berlin-Köpenick: development and life in the borough

Köpenick forms the South Eastern end of the capital. As the area with the most forests and waterways in Berlin, it has an attractive and varied natural environment. In addition, one of the most modern and important technology locations in Germany has been created here with the conversion of the historic Adlershof, making Köpenick the smartest neighborhood in Berlin. In addition to renowned non-university research institutions, institutes of Berlin's Humboldt University and a large number of high-tech companies are located there. The BER airport can be reached quickly and contributes to the attractiveness of the business location. In the following chapters, we will show you that Köpenick offers an optimal symbiosis of recreation, living and working and provide you with interesting facts and figures.

In addition to picturesque Wilhelminian and Art Nouveau villas, Köpenick is primarily home to country houses and single-family homes with spacious lots and waterfront locations, as well as apartment buildings. As the district has become increasingly attractive as a place to live since the construction of the Adlershof Technology Park, various new construction projects have been implemented since then. Currently, the young scientists and students who have moved here are showing particular interest in the newly built student and micro apartments. In the future, however, they will emerge as a financially strong group of buyers, and their demand for attractive new construction projects will have a positive impact on value development. Although further residential units are planned, the real estate market is currently in a quieter development phase than population growth. As a result, demand is outstripping supply here as well, providing a boost to the attractiveness of the residential location.

Köpenick has both condominiums in multi-family properties and a large stock of single- and two-family houses. In addition, there are many modern residential complexes and plans for further new buildings. In particular, the development of students into highly qualified researchers and employees, is expected to further increase the demand for new residential properties. The advancing density in Berlin will strengthen this development. These factors make Köpenick an attractive and promising real estate location.

Offer of properties for rent and sale in Treptow-Köpenick

How are real estate prices developing in Treptow-Köpenick?

The rise in real estate prices that has become established in the capital in recent years has now - after a slight delay - also reached Köpenick. At present, it can be assumed that this trend will continue. This once again underlines the high attractiveness of the location.

Köpenick, which is particularly popular with young people, is attracting more and more students and young researchers to the outskirts of Berlin. Although rents are rising steadily - as is the case everywhere in the capital - they are relatively low compared to the central districts. And even compared to its neighboring districts Treptow and Marzahn-Hellersdorf, Köpenick fares better in terms of percentage rent increases.

The population of the area

In Köpenick, a total of almost 136,000 residents are spread over an area of almost 130 square kilometers, of which about 66 square kilometers are used for forest area and about 21 square kilometers for water area. Incidentally, in the whole of Berlin there are 2,560 hectares of areas under nature protection and of these 1,197 hectares fall on Köpenick. Thus, more than 50 percent of the nature reserves are located in Köpenick, which is again a very clear indicator of the local recreation factor in this district. Most of the population is between 25 and 55 years old and earns very well: almost 27 percent have a monthly household net income of more than 3,200 euros. 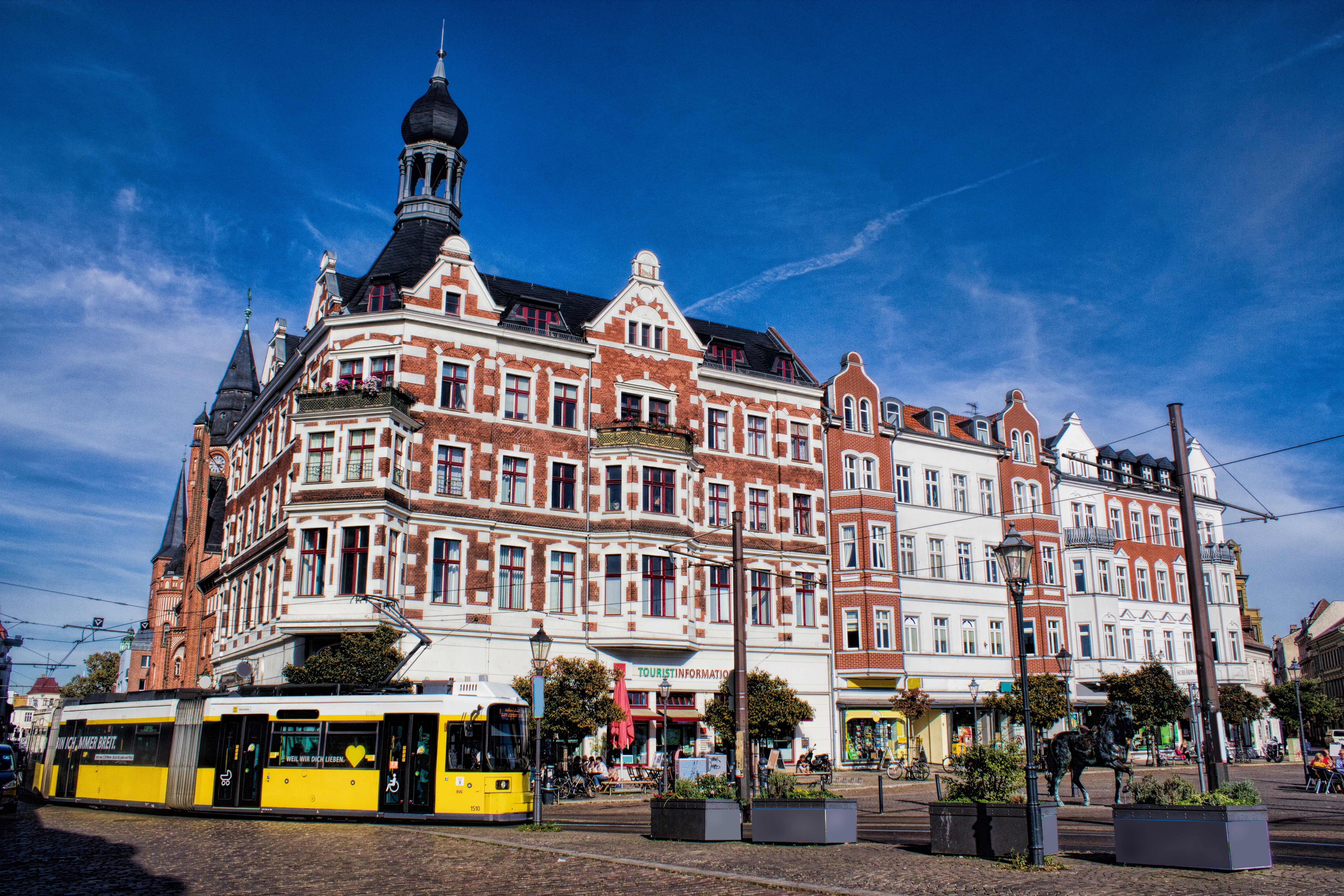 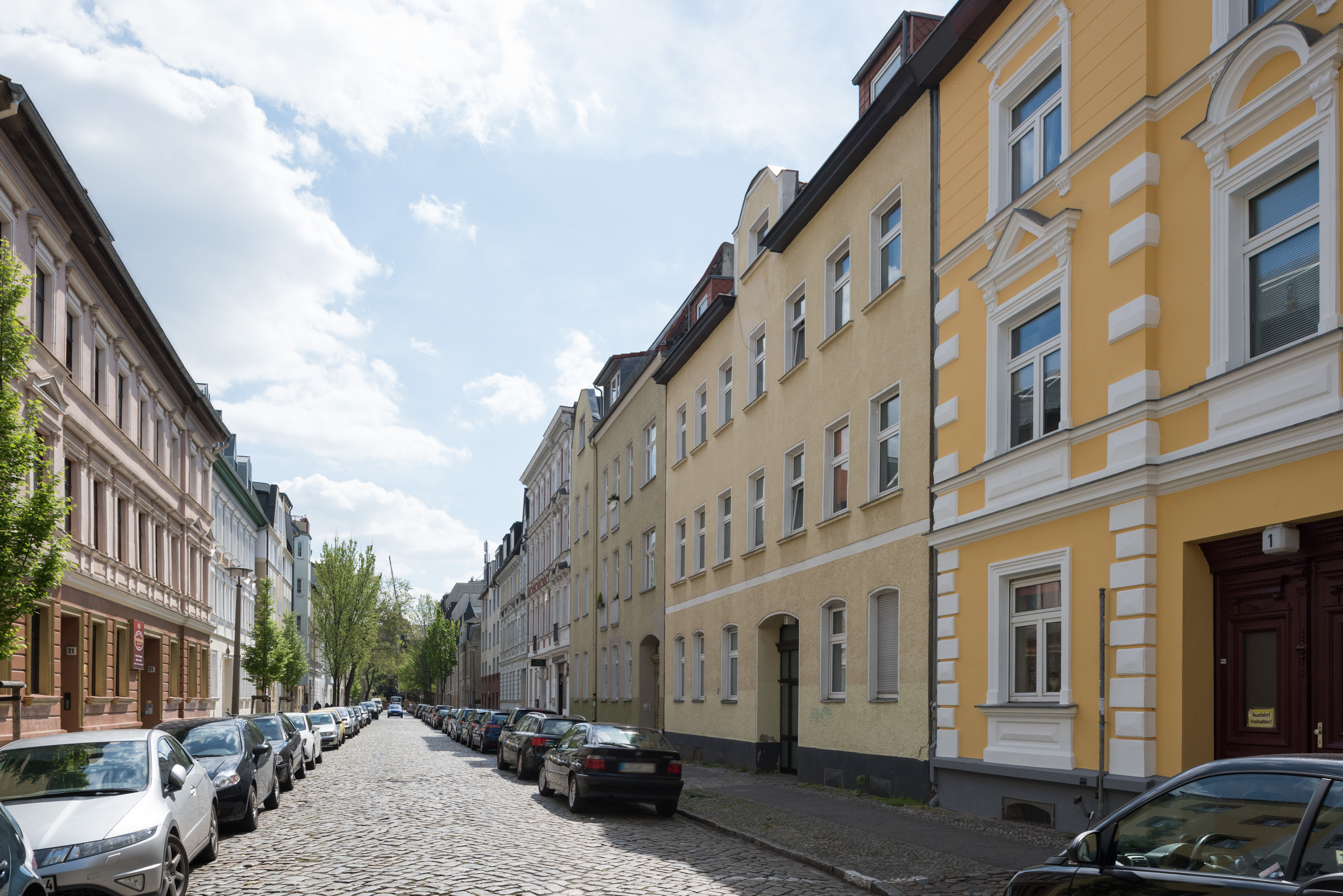 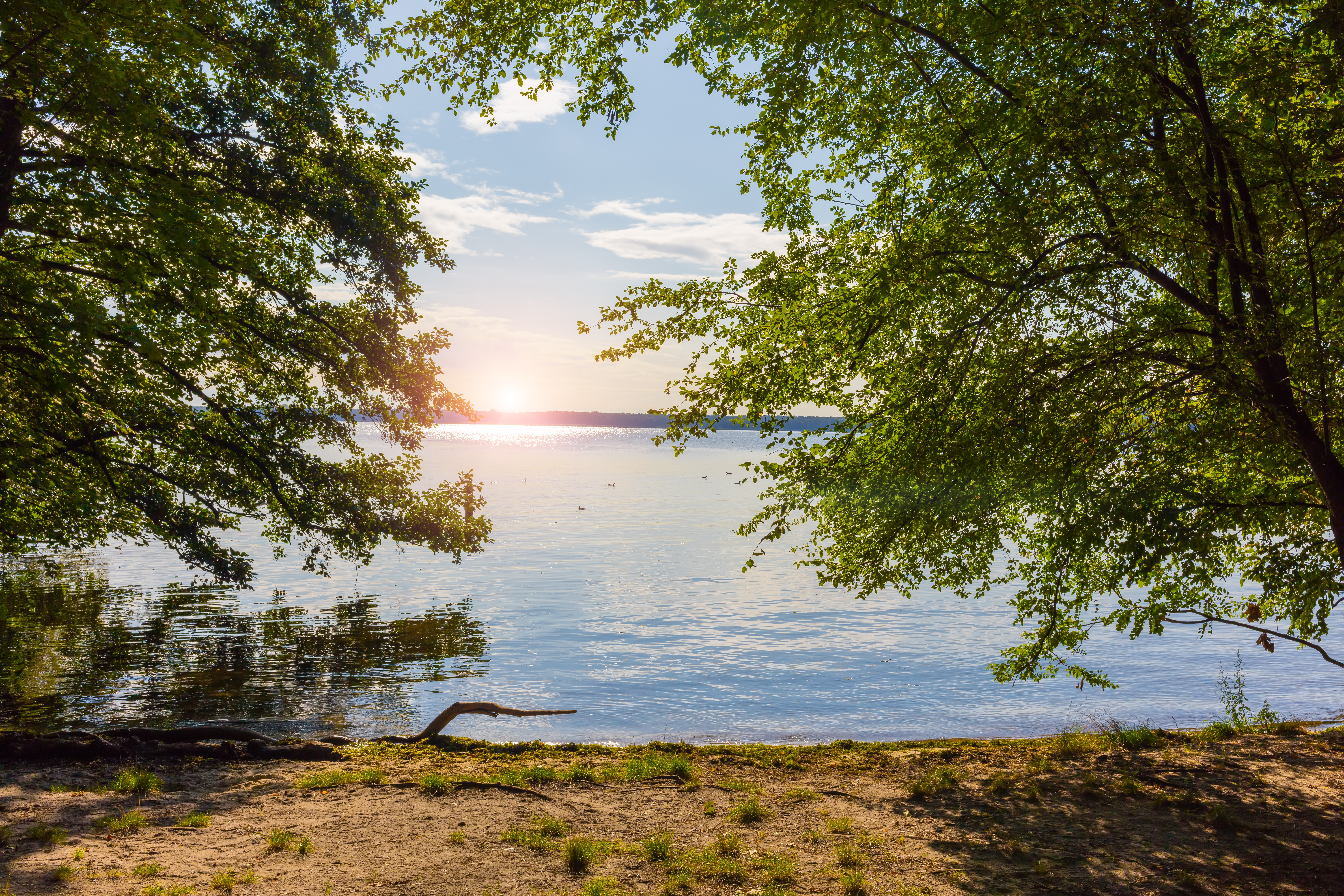 If Köpenick makes you feel like you've stumbled into a place full of impostors, do not fret! There was just one imposter - The Captain of Köpenick - who became very famous for his imposture over 100 years ago. Wilhelm Voigt, the real name of the fake captain, had just come out of prison and did not even think of leading a bourgeois life. He got himself a captain's uniform, picked up a troop of young guards and marched with them to the Köpenick town hall. There he went to the mayor's office and demanded the surrender of the city treasury. He actually got away with his well-laid plan, but was caught ten days later. But that's just a little story in passing, so that you know about this well-known incident, which, by the way, was also made into literature and was filmed in 1956 with Heinz Rühmann in the leading role.

But now we come to today's Köpenick. The district with the largest area and at the same time the fewest inhabitants per square kilometer, consists of almost 70 percent water and forest area. So here you can expect an area with a lot of recreational opportunities and in the middle of it the Müggelsee, which is the largest lake in Berlin with more than 7 square kilometers. If you walk through the district of Köpenick, lovers of old buildings will be spoiled because there are a lot of them here.

The old town of Köpenick with its town hall and castle is particularly beautiful, as is the old fishermen's settlement, which transports its visitors back in time with its quaint houses and colorful shutters. Basically, one can say that in Köpenick one lives a peaceful and green life. Depending on the district, old buildings or single-family homes dominate; if you want something more trendy, visit Oberschöneweide. The district has developed into a sought-after location with the campus of the University of Applied Sciences and an art and cultural center. Everything else you should know about Köpenick, we will show you under the next points.

Firstly, however, we absolutely have to tell you a story. Once a fisherman pulled a crab out of the water in front of the castle island and wanted to sell this good catch directly on the market. But the crab feared for its life and therefore said to everyone who passed by "Kaup nick", which means "Don't buy me". Kaup nick then became Köpenick – and the rest is history. That said - we cannot guarantee the accuracy of this story.

Together with Treptow, Köpenick forms the district of Treptow-Köpenick. Köpenick is located in southeastern Berlin and borders Hellersdorf and Lichtenberg to the north, Treptow to the east and the state of Brandenburg to the south and east.

The district of Köpenick consists of the districts of Oberschöneweide, Köpenick, Friedrichshagen, Rahnsdorf, Müggelheim, Grünau and Schmöckwitz. In Oberschöneweide and Köpenick itself, beautiful old buildings dominate in abundance. In the other districts, the many single-family homes will catch your eye, with everything from average houses to village farmhouses to luxury villas, depending on the location.

Oberschöneweide can be classified as a particularly attractive business location. Similar to Adlershof in Treptow, there is also an enormous amount of potential here due to the exciting combination of science, huge commercial areas, startups and companies. This is because the Wilhelminenhof campus of the Berlin University of Applied Sciences is located here, and the former industrial and commercial areas offer 300,000 square meters of inspiring space for ideas.

Since we've raved so much so far about how green and watery Köpenick is, we'd now like to recommend an appropriate place to visit. Fans of water sports can really let off steam on the Müggelsee, which is Berlin's largest lake with an area of 7.4 square kilometers. You can sail and surf, motorboat or enjoy the sun in the lido. Around the lake there are numerous gastronomic offers that make you feel like on vacation with a view of the lake.

Art and culture lovers should pay a visit to Köpenick Castle. It houses a museum of arts and crafts, and in the warm months you can listen to a wide variety of concerts in the castle park.

If you want to visit the place where 100 years ago the false Captain of Köpenick conducted his mischief, you should visit the beautiful town hall. The building is built in Gothic style and has an impressive historical council hall. You can learn about the history and architecture of the town hall in a permanent exhibition, and every now and then the Captain of Köpenick comes by and marches into the town hall with a guard.

Less historical, but very modern is the Mellowpark. If you want to watch daredevil skaters and BMX riders perform their impressive stunts or in the specially created courses, or perhaps you have such talents yourself, then this 60,000 square kilometer area between Köpenick and Oberschöneweide on the Spree is just the place for you. Graffiti artists and basketball players can also let off steam here. For a small user fee, you can pursue many typical youth activities here or attend interesting courses on site, or even paddle across the Spree in kayaks and help protect the environment by collecting trash.

By the way, the district is also so green because here and in Treptow there is the largest proportion of allotment garden settlements. A special feature is the Baumgarteninsel, an allotment garden colony on the water, which can only be reached by rowing boat.

Köpenick offers a good selection of gastronomic opportunities in the form of varied restaurants and nice cafes. Especially in the old town of Köpenick there is much to discover in this area. There is no nightlife in the form of pubs and bars here, but if you are looking for something like that, you can get to Mitte or Friedrichshain, for example, in about 45 minutes by public transportation.

There is one gastronomic speciality in Köpenick that we would not like to deprive you of. Directly in the old town, just before the Schlossinsel, is the Schlossplatzbrauerei, Germany's smallest brewery. And in the smallest brewhouse in Germany, historical beers are brewed again, for example the Babylonian beer from 4000 years ago.

Köpenick is a great place for shopping, and the best place to do it is in Friedrichshagen on Bölschen Straße. On this promenade there are countless shopping opportunities, cafes and restaurants in front of beautiful old buildings. Here you will also find the Bürgerbräu, Berlin's oldest brewery, and you can walk along Bölsche Straße to the Müggelsee lake.

Köpenick's old town also invites you to take a relaxed shopping stroll through medieval alleys. Here there are a variety of small stores, which have very different goods on offer.

If you want to store at the big retail brands, then there is, for example, with the Forum Köpenick an appropriate shopping center.

The infrastructure in Köpenick is well developed with various types of schools, doctors, supermarkets, discount stores and stores for daily needs.

There are five S-Bahn lines running in Köpenick, and bus and streetcar connections are also available.

Berlin's longest road, the "Adlergestell", runs through Köpenick. Thirteen kilometers long, this main thoroughfare runs from Schmöckwitz to Grünau, where it becomes Bundesstrasse 96 a, which runs through central districts to Pankow and then joins the A 10 autobahn north of Berlin.

What does milieu protection mean? And does it exist in Köpenick?

Milieuschutz means that a certain type of development and also a certain social composition may not be changed and are thus to be protected. In this way, the displacement of people with normal incomes, for example, by excessive rents in luxury properties can be counteracted. In Köpenick, only certain parts in the Oberschöneweide district are under this special protection.

This term refers to imposture and this because of the true story about the Captain of Köpenick, who successfully fooled many people with an elaborate ruse.