Berlin Pankow: development and life in the district

Is this the special train to Pankow? The East Berlin district probably owes much of its popularity to Udo Lindenberg. In GDR times, it was the preferred place of residence for political actors. Today, young families in particular feel at home in Berlin's most populous district. This is due not least to the perfect symbiosis of green spaces and big-city flair. In the following chapters, we will show you what life is like in Pankow and what there is to discover here. We have compiled a few exciting facts for you.

The real estate market in Pankow has developed strongly in recent years. There has been construction for all it's worth. Many old commercial units have been converted into residential buildings. However, due to the large area of milieu protection zones, future construction measures will only be possible to a limited extent. Nevertheless, household incomes are high and the unemployment rate is low. These are ideal conditions for continued positive development. This is felt first and foremost by the residents of the capital itself. No other district has as many new residents moving in from the Berlin metropolitan area as Pankow. And Pankow is also becoming increasingly popular internationally, with the result that its value continues to rise.

Pankow has a lot to offer not only in terms of landscape, but also in the real estate market. In addition to dreamy villa neighborhoods, an increasing number of new developments with single-family homes have sprung up in recent years. In addition, Pankow is home to a mix of modern and older apartment buildings. This diversity makes the district so attractive for investors, owners and tenants.

Offer of properties for rent and sale in Pankow

How are real estate prices developing in Pankow?

The dynamic construction activities of recent years have led to the establishment of a market for condominiums in Pankow. The large supply of family homes and newly built apartments is having a positive effect on the price trend for property. However, the establishment of two protected areas ensures the limitation of future new construction projects. Due to the increasing surplus demand, further price increases can therefore be forecast.

With its combination of rural charm and big-city flair, Pankow is attracting more and more people to the northernmost part of the capital. For many, it is seen as a good alternative to the in districts of Prenzlauer Berg and Friedrichshain. And not least because the rents are lower. Nevertheless, Pankow has also seen a positive development in rents in recent years, which can be expected to continue in the future, primarily due to the limited building space available as a result of the Milieu protection areas.

Pankow is Berlin's most populous district, with around 410,000 inhabitants spread across thirteen districts. With an area of just over 100 square kilometers, it is the second largest district in the capital after Treptow-Köpenick. Most people live in the districts of Pankow, Weißensee and Prenzlauer Berg. The population is colorfully mixed, with about a quarter having foreign roots. The average age is 42.7 years, slightly below the Berlin average. The majority is between 40 and 64 years old, followed by 27- to 39-year-olds. 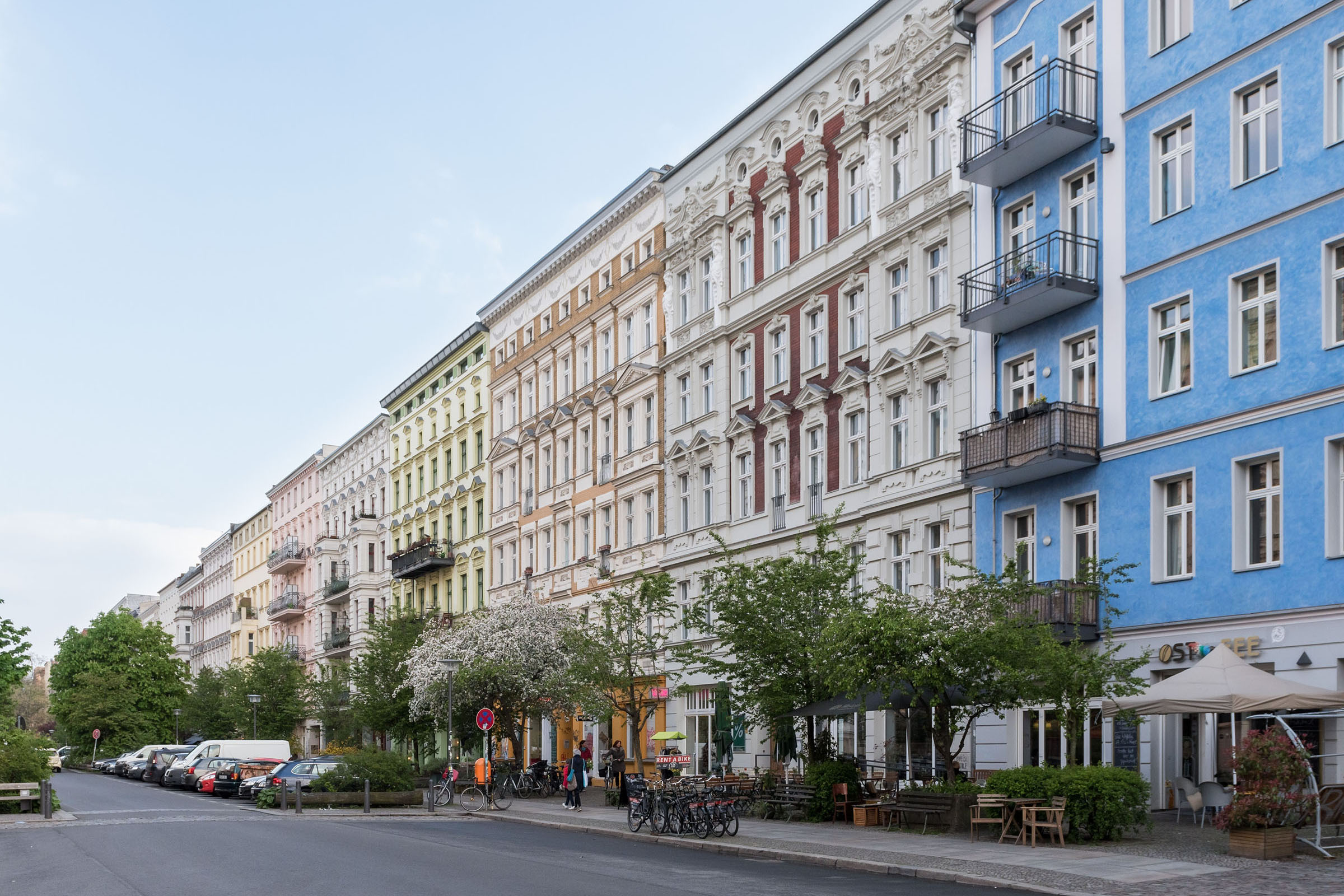 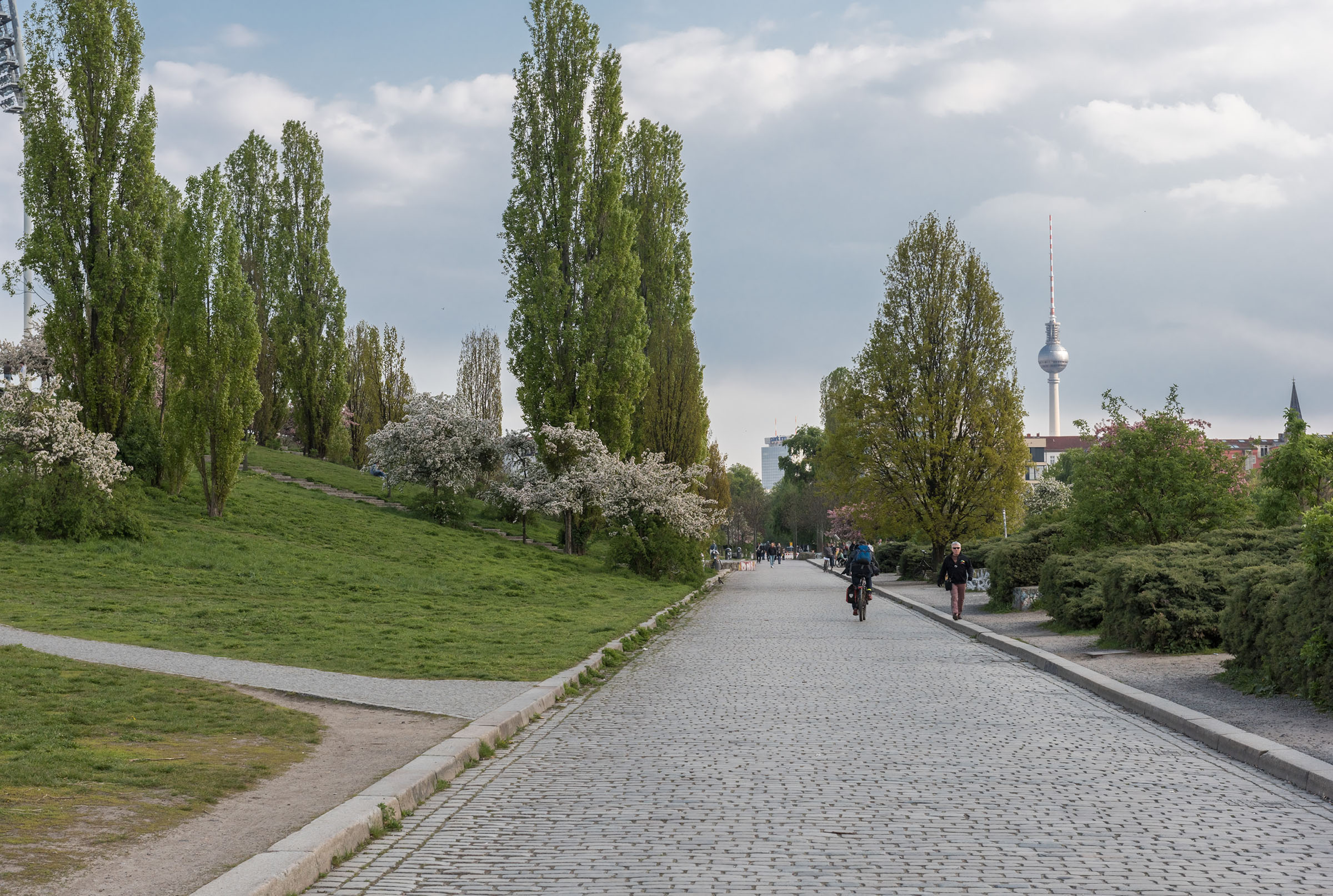 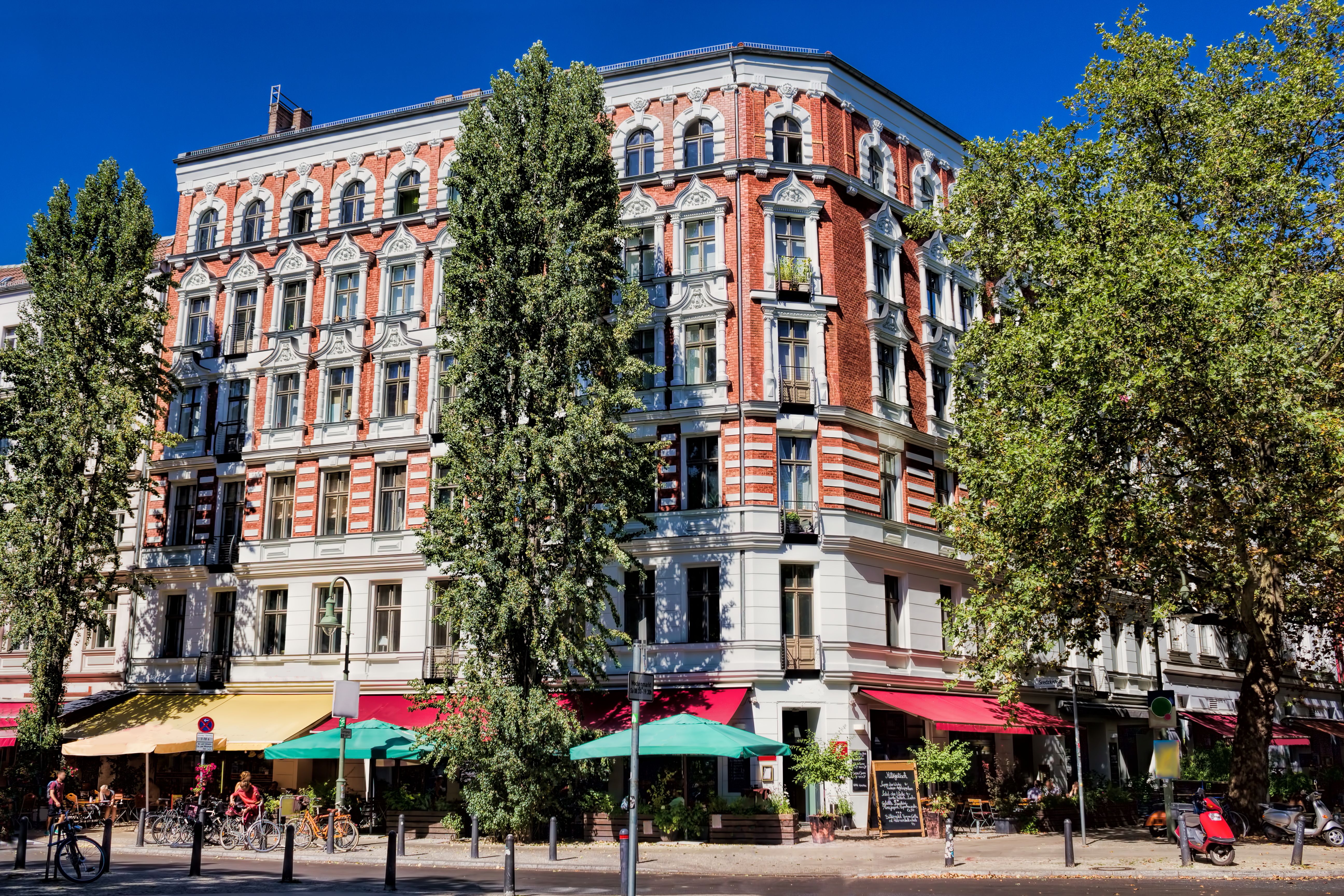 There are two reasons why Pankow is a household name to many people, even though they may never have seen the district live. On the one hand, there is the legendary hit from the 80s by Udo Lindenberg "Sonderzug nach Pankow" (Special Train to Pankow) and on the other hand the district "Prenzlauer Berg", which is similarly sceney and prominent as for example Kreuzberg or Neukölln. If we now tell you what English nickname Prenzlauer Berg bears, you can directly guess which population group feels most comfortable here: Pregnant Hill. Once a hipster neighborhood, the district has developed into a true family neighborhood in recent years. This is also supported by the statistics, which show that Pankow is the district with the highest birth rate after Mitte. It is particularly popular with families because of the many green spaces, the excellent infrastructure and the family-friendliness. In addition, also because of its excellent location - you are very quickly in Mitte or Friedrichshain, but also just as quickly in the countryside. The other parts of Pankow are less known, but not less attractive. On the contrary, the rest of Pankow is also dominated by upscale residential areas in quiet and green areas. What there is to discover in Pankow, you will learn in the next chapters.

Pankow is located in the north of Berlin and borders Reinickendorf to the west, Mitte to the south-west, Friedrichshain to the south, Lichtenberg to the east and Brandenburg to the north. The district is divided into the districts of Buch, Blankenfelde, Französisch Buchholz, Karow, Wilhelmsruh, Rosenthal, Blankenburg, Niederschönhausen, Stadtrandsiedlung Malchow, Pankow, Heinersdorf, Weißensee and Prenzlauer Berg. Pankow, Weißensee and Prenzlauer Berg are rather urban with an architectural mix of beautiful old buildings to very modern buildings. The northern districts are dominated by upscale single-family homes and stylish villa neighborhoods.

The population of the district is growing and growing, therefore, and also because of the increasing number of families with young children, more and more housing is being developed and schools are being built. Even in the more agriculturally used parts of the district, such as Blankenburg, completely new residential areas are planned with their own infrastructure. So something is happening in the district, it is developing dynamically and therefore offers a great deal of potential. The district is also attractive because of the trendy Prenzlauer Berg district, with a very mixed range of industries, and its excellent location.

The most famous sight in Pankow is the baroque Schönhausen Palace, which is located in a wonderful palace park. This park tells its 300-year history through the different design and lets garden lovers and history fans immerse themselves in different eras. History lovers will also get their money's worth in the castle museum, where valuable furniture, paintings, handicrafts and textiles from three centuries are exhibited.

Much less known, but worth a short trip for friends of baroque architecture, is certainly the castle church in the district Buch from the 18th century. The original church tower was destroyed during the war, and restoration is being planned by the sponsoring association. But even without the tower, it is a building worth seeing both outside and inside.

What would Berlin be without its many parks and green spaces? And of course there are some of them in Pankow. In the northern districts it is already very green anyway, in the more urban districts we recommend a visit to Mauerpark. Historically interesting is the fact that this park is located on the area of the former Berlin Wall, a part of the so-called Hinterland wall is still preserved. By the way, every Sunday a colorful flea market takes place in the Mauerpark, so it's just the thing for bargain hunters and collectors of rarities.

The next park worth seeing is the Pankow Bürgerpark. With an area of about 12 hectares, it is the largest park in the district, and a particularly beautiful feature is the entrance gate, which was created just like the park itself at the end of the 19th century. There is a small park library where volunteers lend books, games and even tables and chairs to park visitors for a day. And in the park café there are treats for the small appetite.

Pankow offers a wide range of restaurants, bars and cafés, of which Prenzlauer Berg has a particularly large number. Clubbers will also find what they are looking for here, because nightlife is celebrated in a big way in "Prenzlberg". The areas around Helmholtzsplatz and Kollwitzplatz are particularly popular. On Kollwitzplatz, by the way, is the statue of Käthe Kollwitz, which has inspired several generations of children to climb around. Also on Kollwitzplatz there is an eco-market every Thursday and a weekly market on Saturdays.

In Pankow, shopping enthusiasts will definitely find what they are looking for in several shopping centers. For example, there is the Rathaus-Center, the Mühlenberg-Center or the Schönhauser Arkaden. Here you can store at well-known retail brands and enjoy a large and varied selection.

The infrastructure is excellent throughout Pankow, and especially in the southern districts it meets big-city standards. Supermarkets, discounters, do-it-yourself stores, pharmacies and doctors are available in a wide range. Just like all types of schools and there we would like to give a special reference to the Carl von Ossietzky-Gymnasium, because this building is really worth seeing. It was built at the beginning of the 20th century in the late Renaissance style and was considered at the time to be one of the most beautiful buildings in the area because of its impressive size and stately architecture.

In the southern districts, public transportation is well developed with buses, streetcars, suburban trains and subway lines. Drivers can enjoy very good connections thanks to the A114 autobahn.

What does Milieuschutz mean? And does it exist in Pankow?

Milieuschutz means that a certain type of development and also a certain social composition may not be changed and are thus to be protected. In this way, the displacement of people with normal incomes, for example, by excessive rents in luxury properties can be counteracted. In Pankow, a total of 13 areas are subject to this special protection, including, for example, Kollwitzplatz, Helmholtzplatz and the center of (Alt-)Pankow.