Berlin Mitte: development and life in the district

Not only geographically, but also politically, economically and culturally, Mitte is the center of the capital. As the seat of government, location of embassies and companies, with its numerous shopping opportunities, cultural institutions and a dreamlike location on the Spree, it offers its public everything the heart desires. This is one of the reasons why Berlin is becoming increasingly popular internationally and is on a par with the world's greatest metropolises. In the following chapters, we will take you on a journey through the exclusive real estate market of Berlin-Mitte and show you what it has to offer.

The real estate market in Mitte is exclusive, sophisticated and in demand internationally. Prices for rent and property have more than doubled in recent years. Pure use of real estate as living space is rare here. The properties are home to stores, corporate offices and apartments in equal measure. The streetscape is composed of picturesque old buildings, modern building complexes and nostalgia-spraying GDR slabs, reflecting the melting pot existence of Berlin Mitte.

Mitte is becoming increasingly important as a real estate location, especially for the international public. Despite dynamic construction activity, however, the supply is very low. Since the potential for new construction sites has almost been exhausted, land prices are rising enormously. New residential and commercial space is mostly being created through the costly additions to, or conversion of, existing properties.

Offer of properties for rent and sale in Mitte

How are property prices developing in Mitte?

In Mitte, property prices have risen particularly sharply in comparison with the rest of the capital. Its real estate prices therefore put it on a more equal footing with other global metropolitan areas than with the surrounding districts of Berlin. Due to the exclusivity of the residential location and the rarity of the supply, it can be assumed that the price level prevailing here will continue to rise in the future.

Rents in Mitte have also skyrocketed in recent years. The end of the rent cap leads us to expect that rents for existing properties and new buildings will sooner or later reach a similarly high level. After all, the international and afflueunt public is more than willing to pay them.

With over 380,000 inhabitants, Mitte is the second most populous district in Berlin. In first place is Pankow with over 410,000 inhabitants. The population in Mitte is international and young. The proportion of people over 65 is similarly low as in Friedrichshain-Kreuzberg. At over 70 percent, the proportion of people of working age 18 to 64 is particularly pronounced here, with 20- to 40-year-olds making up the majority. 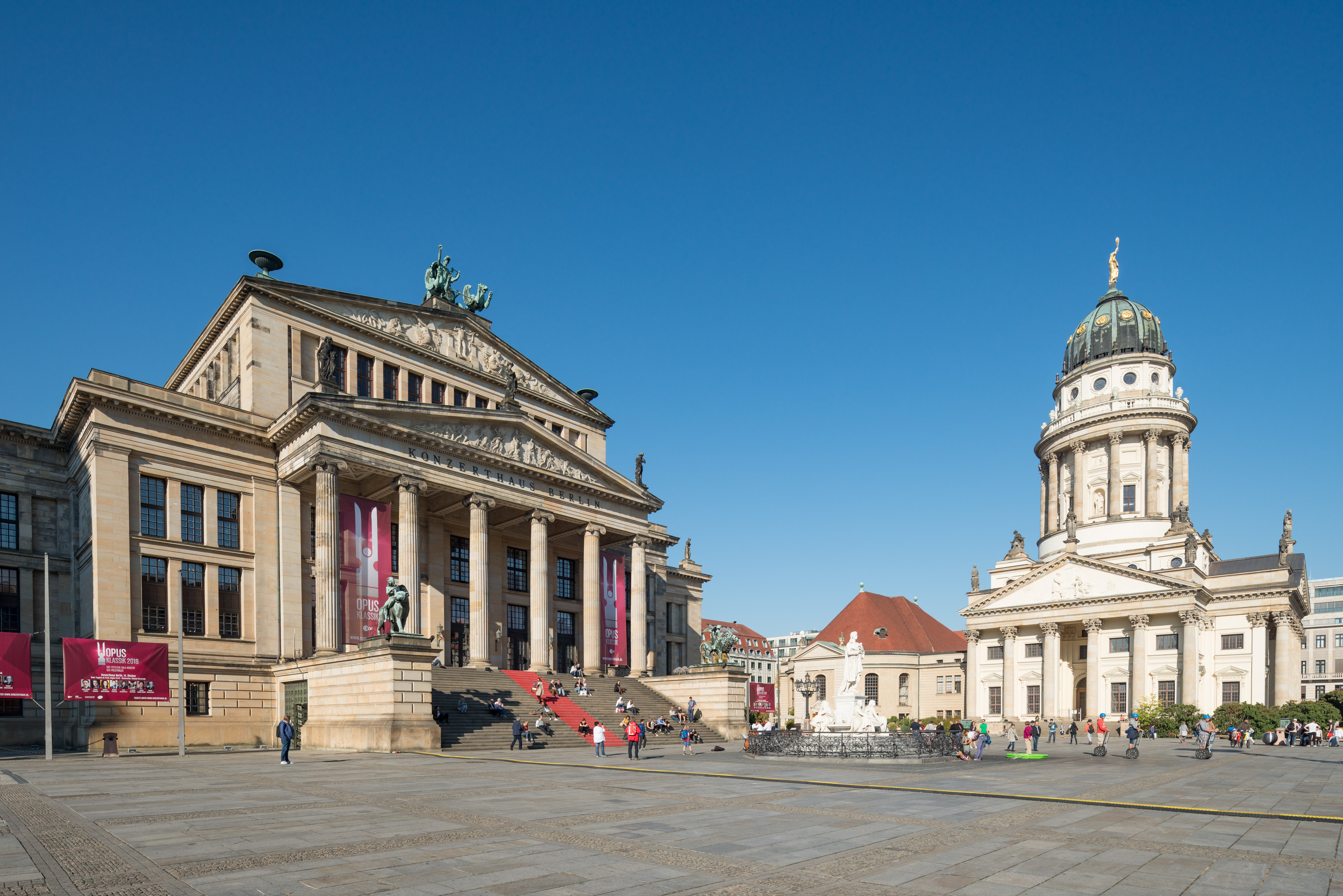 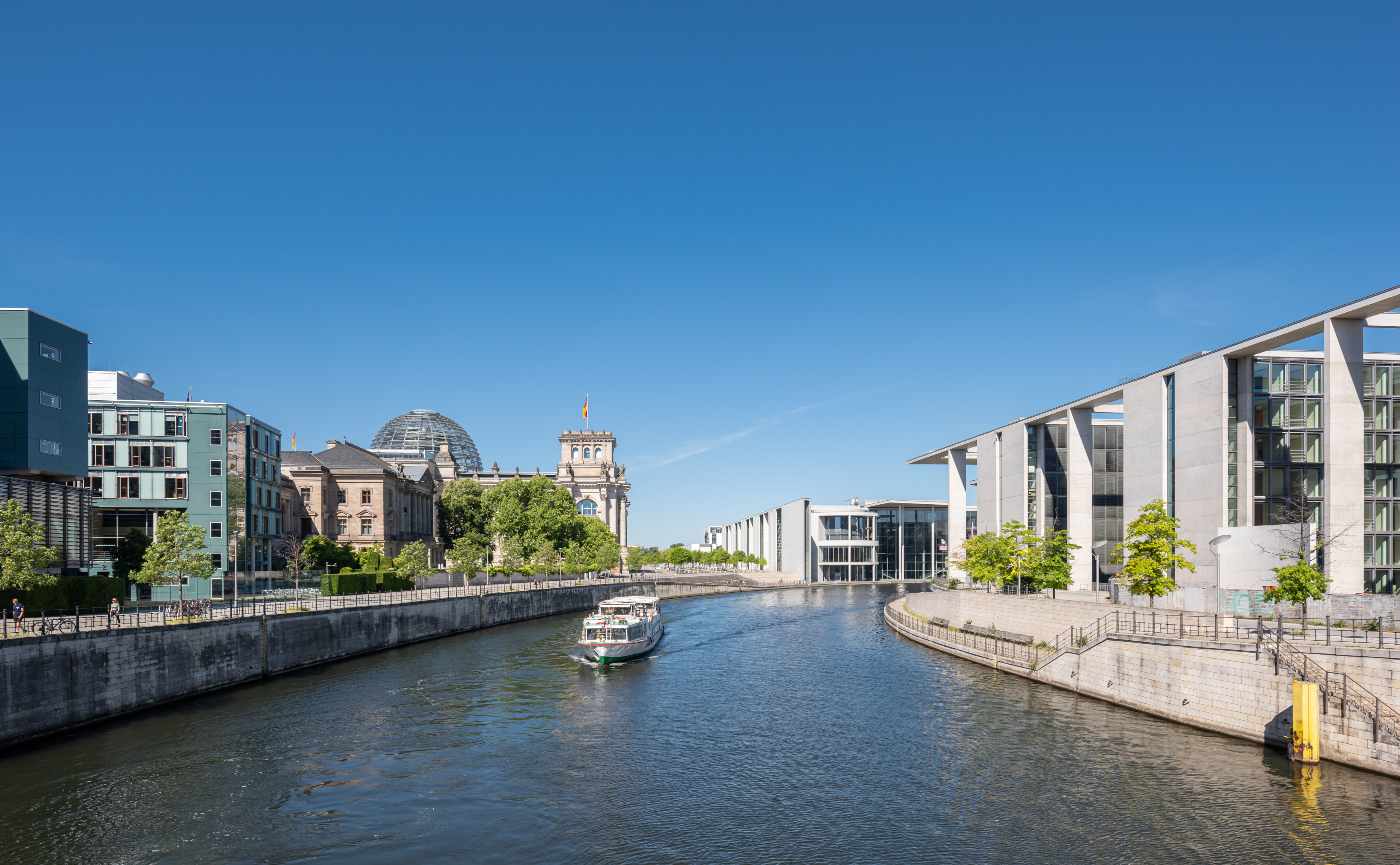 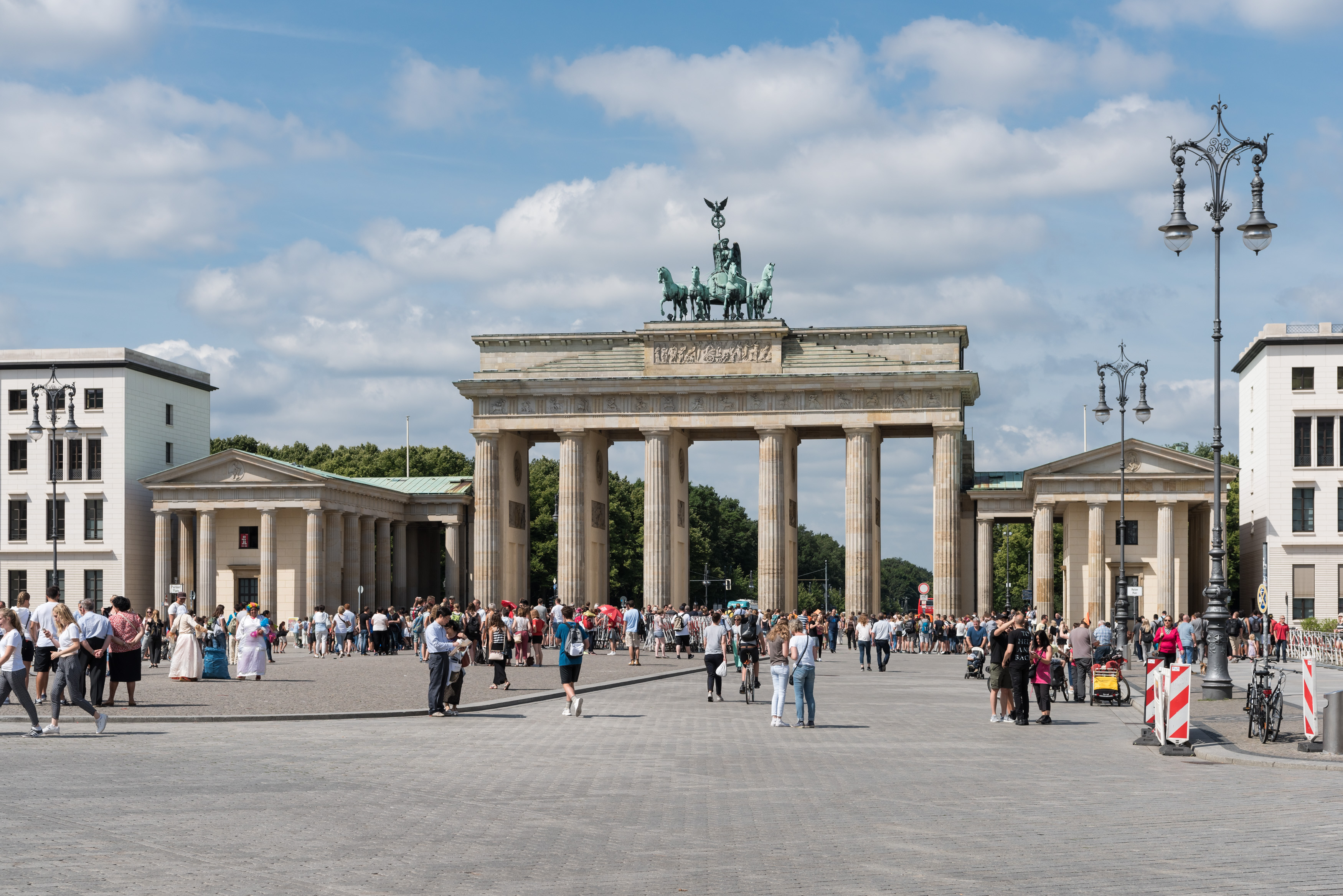 Mitte - a district full of history in the heart of the capital. This is where most tourists are drawn, because nowhere else in Berlin are there more world-famous sights. The Brandenburg Gate, the Federal Chancellery, the Reichstag, the State Opera House, the Berlin Cathedral, Unter den Linden - the list goes on and on. But: In Mitte there is not only history. A magical present awaits you in mitte – a district with almost endless shopping possibilities, restaurants, trendy bars and an exciting and colorful mix of people.

So if you want to hear the heart of a real metropolis beating, you absolutely have to go to Mitte! Berliners also agree on this. Because this district is not only a tourist magnet, it is also packed with history that makes Berlin what it is: a symbolic city for freedom, tolerance and reunification. These are things that are not only interesting for visitors, but that Berliners themselves are proud of. And this special feeling about it can only be found in Berlin-Mitte, the lively and vibrant center of the German capital.

Those were the sober facts, now let's get to the neighborhoods. Short explanation for the non-Berliners: For the residents of Berlin, nothing beats their own Kieze! The Kiez is a smaller, manageable part within a district and local part, you could also call it a neighborhood, each of which has a very special character.

In Mitte there are four Kiez: the Scheunenviertel, the Sprengelkiez, the Stephankiez and the Soldiner Kiez. In the Scheunenviertel fashionists and fashionistas can spend money without end, for example at the famous Hackescher Markt. But there is much more than fashion here: a variety of restaurants and bars invite the hip scene people to start into the further nightlife. In addition, the neighborhood has become a popular place for the startup and creative scene.

The Sprengelkiez, which is smaller in terms of size, has nothing to do with parties and hipsters, as things are a bit more cozy here. In the middle of it all is Leopoldplatz, also known as Leo, where there are weekly markets, flea markets and Christmas markets. Basically, the Kiez is becoming more and more popular as a place to live and there are various gastronomic offerings.

Lovers of Wilhelminian architecture get their money's worth in the Stephankiez. Mixed with commercial properties, this Kiez is a dynamically growing location for investors and highly interesting for lovers of upscale old buildings.

The neighborhood in the Soldiner Kiez in the Gesundbrunnen district further north is a colorful mix of 70 nations. More and more students and young families are discovering the Kiez for themselves, as rents here are not yet as expensive as in the neighboring trendy neighborhoods. Therefore, this neighborhood should also be considered as one with good investment potential.

Particularly in recent years, the district has developed into a dynamically growing business location due to its central location, excellent infrastructure and versatile commercial properties. Germany's political center, universities and research institutes are located in the immediate vicinity. Self-employed people and investors work here amidst the special mixture of decision-makers, young and highly qualified talents from all over the world and people with ideas and visions - this is an inspiring, dynamic and at the same time economically advantageous environment.

Lovers of art and culture will most likely find themselves in awe in Mitte. Nowhere else are so many historical sites and exciting museums centered. To list them all would certainly go beyond the scope of this article. But we have put together a few highlights for you.

No Berlin tourist can get past the Brandenburg Gate. The world-famous Triumphal Gate from the early classicism at Pariser Platz is the landmark of Berlin: It stands for peace and unity.

With its impressive height of 368 meters, the TV Tower soars far above the capital and offers all guests who are free from giddiness an incredible view over Berlin with a panorama platform at a height of 200 meters.

The Federal Chancellery is located in the government district. Every day, world famous political celebrities to travel to the political center of Germany. It is the largest government headquarters in the world and even eight times larger than the White House in Washington. Anyone who wants to see the inside of the Federal Chancellery must be patient: Only once a year the doors are opened to all citizens.

The Museum Island is a must for every culture lover. Situated on the Spree River, it is home to an exceptionally beautiful ensemble of five buildings that were built between 1823 and 1930 and designed by important architects. Since 1999, this ensemble has even been a UNESCO World Heritage Site. The oldest museum building is the "Old Museum" - it was built between 1823 and 1830 by the architect Karl Friedrich Schinkel and houses ancient art.

If you feel like some fresh air after so much art and culture, you should definitely go to the Lustgarten. This large green space was first laid out in the 16th century as a palace garden at the Berlin Palace. In the centuries that followed, the outdoor area was redesigned again and again and today presents itself as a beautiful green space with a breathtaking view of the surrounding magnificent buildings - the Berlin Cathedral, the Berlin Palace and the Altes Museum.

If you want to go out in Berlin-Mitte, you really don't have to go far, because here you can plunge extensively into the varied nightlife. With the largest number of bars and clubs, as well as endless culinary options, everyone is guaranteed to find what they are looking for. The Gendarmenmarkt, Hackesche Höfe and Rosenthaler Platz are absolute highlights and especially popular with tourists. There are clubs for all genres of music from jazz to rock to electronic music - truly no wishes are left unfulfilled here. It is worth mentioning (although the club is currently closed) the Tresor - the legendary and world-famous techno club, where all the famous DJs of the 90s played and which was a popular destination for many fans of electronic music in this decade.

The culinary variety among restaurants is nowhere else as rich as in Mitte. By the way, Mitte has the highest density of michelin starred restaurants. But that doesn't mean that you can only eat well here if you have a lot of money. Just as diverse as the culinary orientations are the prices, there is something for every taste and budget.

Shopping fans will definitely not pass by one place: The Hackesche Höfe are definitely worth a visit. Above all, bring time with you, because there is a lot to discover: small fashion labels, handicrafts, studios and delicatessens - in the 27,000 square meter courtyard area from 1906, there is something to discover everywhere.

If you want to stroll along a long shopping mile, you should visit Friedrichstraße. It is one of the most famous shopping streets in Berlin. Here you can find all the usual fashion chains, but it is famous for luxurious designer stores, exclusive brands and one of the two world-famous Berlin department stores: the Galeries Lafayette. Here you can shop to your heart's content and in all price segments. By the way, on Friedrichstraße you can also find classy restaurants, theaters and expensive hotels.

You can also shop at Alexanderplatz. The red shopping center Alexa, where there are 180 stores to discover, catches the eye directly. The list of shopping possibilities could be continued endlessly, because the stores in Mitte are as diverse and exciting as the district itself. It's always worth taking a look away from the big miles and malls - there are smaller stores to be discovered in the side streets, offering everything from decorations and jewelry to second-hand and young designers.

As far as infrastructure is concerned, you can enjoy all the advantages of a metropolis in Mitte. This means: doctors, hospitals, pharmacies, supermarkets, schools, universities - everything can be found in Mitte. The Humboldt University is also located here, with an impressive campus directly on the world-famous street "Unter den Linden", which you already know from our tips under sights. Also in Mitte is the Charitè University Hospital - a true institution and one of the largest university hospitals in Europe. More than 18,000 people work in the 300-year-old institution, including research and patient care in over 100 clinics and institutes. There was even an award-winning ARD television series about the hospital called "Charité." So there is no need to worry about the infrastructure in Mitte. The challenge will rather be to choose one of the many attractive offers.

In Mitte, everything is available at all times, from buses and streetcars to subways and commuter trains. This is just one of the advantages of living in the heart of the metropolis. Right in the middle of it all is Berlin's main train station. 330,000 people pass through here every day - making it one of the four most visited train stations in Germany and the largest tower train station in Europe.